The Long Road to Demand Planning

Back when I was a purchaser, I had wrote a series of blogs about the beginning of my journey using Lanham’s Demand Planning. Along the way I did encounter some obstacles but was able to overcome them. I thought it would be a great idea to share these blogs in the hope that some other end users would find value in them. In this first blog, I recap where our company was at before we implemented Lanham for Demand Planning.

As a purchaser, life can get pretty repetitive and boring just staring at reports all day. But that is all about to change.  Recently, we began our training with Lanham for Demand Planning (AFP).  It has been a long road, with many headaches, to get here.

When I started in our purchasing department almost a year and a half ago, I believed that all you did was order when someone said to.  Little did I know how much work really went into ordering.  In my first week I learned about SKUs (Stock Keeping Units) and how we set and use them.  By week two I was beginning to create purchase orders using sales suggestions.  Then, just when I thought I had a hang of all of this and began to think, "Oh they really make more out of this job than it is," I was handed a task that at the time I thought would be my demise - requisition worksheets.  I looked at my boss and said, “Sure, no problem!” But in reality, I just kept thinking “Are they trying to get me to quit?”  Here I was, a month in, and I was not only expected to do the job they had been doing for years, but learn an entire new procedure, with almost no training because no one really knew how it worked.

I sat down, ran the first report and printed it.  I heard the printer just keep going and going and thought, “When will it stop?” The answer - 44 pages later.  As I sat at my desk, trying to process what was in front of me, I convinced myself that they really were trying to get me to quit and I honestly thought about it.  Then one night I picked up my not even one-year old daughter from daycare and realized that this was nothing.  If I found the strength to come back to work shortly after becoming a parent, then I could figure out this report.  The next day I came in and buried myself in the report to try and make some sense of it.  Problem was, I still couldn’t make sense of what NAV wanted to do or why.  Then, someone suggested that I go onto Microsoft's website and see if there were any webinars I could watch.  Thankfully there were.  After spending about a half day listening and reviewing, I realized that the way we had been setting SKU’s for the past decade was so different than the way we needed to set them to have the requisition worksheets work the way we wanted.  I was now presented with the task of talking not just to my boss, but his boss, as well.  As a company, we were very set in our ways.  Despite being with the company for close to 8 years, here I was, someone with only warehouse experience, telling an experienced purchasing manager how things worked.  The initial conversation didn’t go as bad as I thought it would, yet it surely could have gone better.  We did not agree as to how things worked but I was given the freedom to adjust things as needed - knowing that if it was wrong, I would never live it down.

I explained to my co-worker and boss how I wanted to reset the SKU’s.  I was hit with some resistance, but I kept reassuring them that doing this was necessary.  Knowing that this would take months to “clean-up” the cards, we decided that we would be doing this as a group.  Slowly, I worked my way item by item, line by line though 44 pages.  Knowing this was only one vendor, I felt accomplished.  The next time I ran this vendor report it was 42 pages, with over 25 lines per page which I had managed to decrease from about 50 lines.  Over the next several months I worked on our 3 main vendors and managed to decrease the review time from a month each to a week each.   I had now proved that we were moving in the right direction.  Once again, I settled in, knowing things were coming together, when I was hit with what seemed like an even bigger challenge.  Add 4 more vendors and complete them ALL in a week.  With some push from a few others I decided I would either make this work or I would go down in a blaze of glory trying.  I set my phone to away and my co-workers handled all the emails.  Believe it or not - I did it.  Over the past 6 months I have added an additional 4 vendors to my review.  I am now completing 11 vendors in less than a week, leaving me time to help with other reports and projects.

As you can see, getting to the point where Demand Planning was possible was not easy.  We spent a year working, pushing and crying to get here.  I still cannot wrap my head around how far we have come in a mere 18 months.  This is an accomplishment that is shared between multiple people and multiple departments and we cannot wait to see what the next year of Demand Planning has in store for us.  I look forward to sharing our future accomplishments as the preview already has us excited.

In the next edition of this blog series I will take a look back to where my former company was at right after we implemented Lanham Demand Planning.

Check out our blog page here for more information and other topics of interest, or drop us a line at sales@innovia.com. 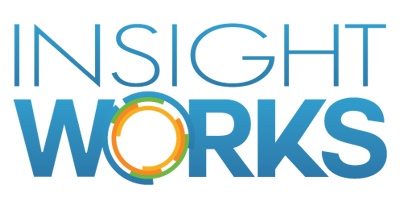 Maintaining the proper inventory levels is essential for any business. Too little inventory can lead to ...

More than ever before, business leaders recognize that top-performing organizations are driven by data. ...