Removing Excel from the desktop of Accountants 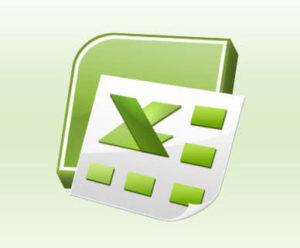 Is it really feasible to remove Excel from the desktops of your accounting team? For some organizations, such a thing is an aspiration. For others who have managed to do so have replaced Excel with a combination of their reporting system or BI system and/or Google Docs.  In my opinion, it's not possible to truly replace Excel, although I have seen many attempts.

Firstly, let's consider the motivation behind the question. Would you take a carpenter's nail gun away? or his saw? Even if you had a better tool, you wouldn't take those most basic of tools away. So why take your analyst's/accountant's primary tool away?

I understand some of the reasoning - the biggest of which is that Excel creates uncontrollable data silos that are both insecure and untrustworthy. But does that really mean you should consider removing Excel?

A story. A few years back, the CIO at a customer of mine attempted to remove Excel and replace it with not one, but many BI systems to cater for Excel's outputs from the Finance and Analyst teams. Once the project was complete, the Finance and Analyst team's productivity dipped. Sure, they had all the data at their fingertips, but when the CFO and CEO asked for reports, or a supplier needed detailed info, they didn’t have their tool, Excel to create it. They had other tools that were cumbersome.  In some cases, they needed to use a couple of tools to get the data. So the CIO introduced Google Docs because it has a spreadsheet tool - but that's a poor replacement for the rich and extended functionality of an Excel desktop.

The Finance team was furious. The CFO was handcuffed and blocked from bringing Excel back. The Finance team had only two choices left, leave, or bring their home PCs and laptops to work. And that’s what they did. Excel was back, productivity went up again, and Finance could get their job done. The CIO was furious, his vision was being dismantled, and soon after, MS Office was back for anyone who needed it.

At Jet Global, we embrace and empower Excel. Yes, we do remove Excel for some users - users who neither need it nor care for it - where we replace spreadsheets with dynamic and interactive web pages with always up-to-date data. And for the accounting departments and analysts, Jet Global removes the data silos by delivering data to Excel from the Jet Global database. We move the data storage, calculations, and security from Excel and turn Excel into a very powerful and flexible database front end, maintaining all the features and functions you love.