How a Cloud-Based Expenses System Benefits the Processor

In this post, we discuss how an automated cloud-based system would help a processor or a team of processors (i.e. the finance team).

We will be using a persona to help demonstrate the frustrations of a manual expense process. Here we are introducing April, who is on the finance team and is the one that receives expense reports once approved by David. April often finds herself with large amounts of expense reports to process, as well as having to chase overdue claims and go through receipts, forms, and spreadsheets, which can cause her to miss payroll deadlines for reimbursing.

This post will demonstrate how a solution such as Zetadocs Expenses would give April access to an automated process that takes much less time and allow her to get on with her core work, ultimately making her life easier. 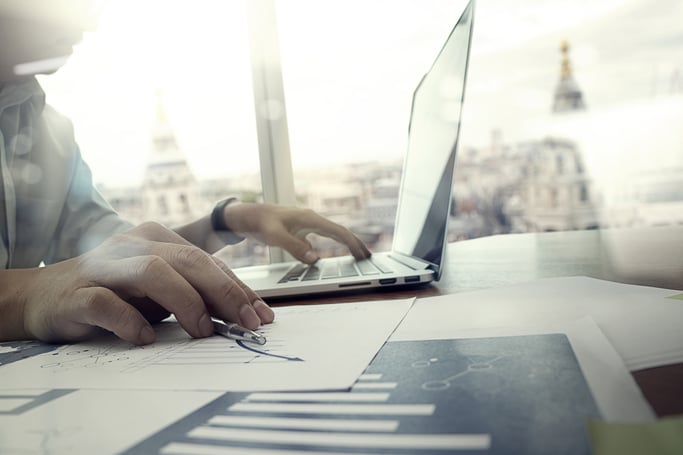 With manual expense processes, it is extremely difficult to impose spending policies. This can often result in April having to chase and follow up with submitters on the reasoning as to why seemingly expensive costs have been incurred. This delay takes time away from April and her team, as well as holding up reimbursement (to the annoyance of submitters). April finds this to be one of her biggest irritations when processing expense reports.

Zetadocs Expenses allows April to set policies across numerous areas of the expense process (including vehicle control), putting her back in control of expenditure. For example, if the maximum limit set around lunches when traveling is £20 and David slightly goes over this, this can flag up as a ‘soft’ policy breach. David will be able to submit this expense but this brings about a pop-up warning to his manager Kevin so he is aware of the overspend. However, if there’s a certain expense type where there is no leeway, a ‘hard’ policy can be enforced, preventing the expense report from being submitted.

A huge frustration for April when using a manual expenses process is re-keying information. April and her team would often spend large amounts of time inputting expense information into systems which, again, takes away their time to focus on their core responsibilities.

With Zetadocs Expenses there is zero re-keying required. Approved expenses are recorded directly in Business Central as purchase invoices or journals, with employee/vendor, GL, dimension, and tax codes already set. This would then mean expenses are ready to reimburse or book to jobs. Not only does this make the process simpler, it ultimately saves April and the finance team time, as well as reducing the likelihood of errors when recording in Business Central.

Watch a short demonstration video on how simple it is to export expense reports to Business Central with Zetadocs Expenses:

Another way Zetadocs Expenses makes the lives of the individuals within a finance team easier is by its reporting capabilities (which are fully integrated with Power BI as well as working with Excel). April and her team don’t enjoy spending their valuable time going through and having to manually check each expense report against accompanied receipts. As April would have to wait until the end of the month to go through these multiple expense reports, this has caused her and the team to often miss duplicated or incorrectly-filled forms. This, of course, causes multiple issues for the accounting team and to the overall balance sheet.

Zetadocs Expenses’ reporting ability enables April to identify any anomalies within the submitted expenses/spending patterns. She can see and sort this data by many spending variables including area, department, monthly spend, expense type, and even individual submitters. This makes spotting fraud or even honest mistakes much easier.

For example, if David accidentally booked two return plane tickets for a conference he is due to attend next month, this information would clearly be displayed for April to see. She would then be able to drill down further into these expenses using their Expense IDs through the Zetadocs Expenses portal. This would pull up all the relevant information (the date, amount, whether a receipt is attached) for April to understand whether this has been accidentally inputted twice. Additionally, information can help with overall budgeting and even help negotiate discounts if a large amount of money is spent at particular vendors.

This blog was syndicated from our partner Equisys and originally appeared at: https://www.equisys.com/blog/how-a-cloud-based-expenses-system-benefits-the-processor.

One of the best features of Power BI is the ability to get up-to-the-minute data on a customized dashboard. ...

Have you ever wanted to see a trend in your data at a glance? Do you sometimes want time-based context on ...

Power Platform tools provide many built-in features, but with the help of development skills, it is possible ...