My One Big Fat Cloud Computing Prediction For 2015 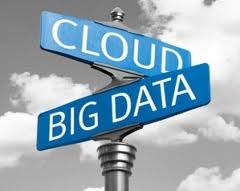 The promise of the cloud has been around for many years.   It seemed like every time technology got close to acceptance, some horror story appeared about a company losing their data or not being able to access the cloud based system for hours.   CIO’s and IT managers alike would read these stories and back away from cloud based initiatives.   The feeling was that the promise was there but the technology just wasn’t stable enough.   For the most part, the days of needing to worry about the infrastructure being substandard or access failure are now largely gone.

In 2014 we saw more and more companies electing to move many applications to the cloud.   Companies are now very comfortable moving to office 365 and having exchange hosted on Azure.   We see companies as they upgrade to new versions of ERP systems electing to move the databases, ERP software, and all office components to a cloud based subscription service.   In his article about the cloud and 2015, Joe McKendrick points to many areas where the cloud not only runs the applications but is a source for large data analysis to help companies with their analytics.

It’s that time of year, again, and the predictions for the year ahead (as well as retrospectives of the year just past) are rolling across the Internet. Rather than put another list of predictions out there, I’ll focus on one trend that stands out above the rest.

Last year’s one big fat cloud prediction was simple: that cloud computing would become so ubiquitous — simply a form of computing — that people would even begin to stop referring to it as “cloud.” Well, cloud is now all around us in many ways, so that part came true. But, we still call it “cloud,” so there’s some assimilation that needs to occur.

Which brings us to the year ahead. For 2015, it’s all about the data. Not just any data, but the select data that will provide insights on what customers are up to, what they are thinking, and what’s ahead in the market. The way to compete in today’s hyper-competitive global economy is to become a data-driven enterprise. The cloud will get us there. As Motley Fool’s Tim Beyers put it not too long ago: “Big data is the new cloud computing.”

We’ve reached a point where comfort levels about putting data in the cloud are rising. Data security is always something to which enterprises need to pay a lot of attention. But it is being addressed.

Cloud offers a powerful means to manage and analyze huge amounts of data. It also provides a place to access the industry’s most powerful analytics tools. In fact, most, if not all, of the leading business intelligence and analytics vendors offer cloud-based versions of their tools — if not online, at least for private cloud. While only small percentages of the user bases of these vendors use cloud-based access, the numbers are increasing. Plus, because it is cloud, and therefore highly accessible, it also enables dashboard views right from mobile phones.

Cloud-based data analytics also relieve enterprises of the headaches involved with storage and scalability. Many on-premises systems are choking in all the big data now flowing through enterprises. From a business perspective, the availability of cloud processing power and storage space also allows for inexpensive experimentation and product simulations with the data — in line with many businesses’ desires to “fail fast” their way to greater innovation. This isn’t possible with on-premises data systems.

Speaking of innovation, GE — which has taken data analytics to a whole new level as part of its “industrial internet” initiative — also is employing the cloud to get it there. As Chris Drumgoole, CEO of IT for GE stated in an interview with InfoWorld’s Eric Knorr, the company is moving as much as it can to the public cloud.  He noted that “north of 90 percent” of the company’s new applications have been deployed within public cloud settings. GE is working with a lot of data, which emanates from all the various products it sells and installs, from jet engines to pumps to power plants. A typical jet engine will send GE about 500GBs of data per engine per flight. Cloud provides the highly scalable environment needed for all these demands.

Looks like GE will be a good role model in the year ahead.

Moving from on-premises servers to the Cloud can feel daunting. After all, your business has spent a great ...

How Much Can You Save with Microsoft Azure?

Microsoft Azure has been around for more than ten years, and since its official release in 2010, it has ...