Beyond Cortana: My Favorite Features of Windows Phone 8.1

Since signing up as a Windows Phone developer and getting the bits to upgrade my Nokia Icon back in April, I’ve had plenty of time to decide if I like Windows Phone 8.1.  If you read my previous post, you know I’m a real fan of the added functionality and productivity enhancements that Cortana offers. But what about the rest of Windows Phone 8.1? Is there anything else there? Of course the answer to that question is “Yes” and here are my favorites:

1)     Word Flow / “Swipe” keyboard.  The keyboard might seem like a minor feature to upgrade but since it’s the primary input device on a phone, upgrading its usability is a huge improvement.  The word flow keyboard is so fast that Microsoft had it certified by the Guiness Book of World Records as the fastest smartphone keyboard.

The new keyboard supports “shape writing” where you skip typing and let your finger slide on the keyboard from one letter to the next without having to lift your finger off the keyboard between characters.  It takes a little bit of getting used to, but once you’re accustomed to it, it is really fast.  The thing that makes it so fast is that it’s really intuitive and knows the word you’re trying to type even when your finger doesn’t land precisely where it should.  The reason for this intuitiveness is that Microsoft has invested a lot of time in building an increased library of suggestions built in to the Windows Phone 8.1 library.  Also, Windows Phone builds its suggestion library based on your own usage, so when I continually type “tho” in text messages instead of “though,”  the keyboard knows and even suggests it as I start to type the first two characters.

The other nice feature of this keyboard is that contacts from your phone are automatically added to the suggestion list, so when you start typing a name in a text message, email, word document, etc. it will automatically insert the correctly spelled names with capitalization for you.

2)     Improved Action Center.  The action center in Windows Phone 8.1 gives you a single location on your phone to check for all notifications.  It is designed to show you everything you need to know in one place and it works rather nicely.  Unread email, text messages, missed calls, voicemails all show up and can be acted upon from one location.

3)     Business Features – Although most of the thought and features for Windows Phone 8.1 have been directed towards improving the consumer experience, Microsoft has included some important features for the business user for both small and large businesses.  By including the Enterprise Feature Pack, Windows Phone now offers enhanced mobile device management support. This means it is easier to control access, security, and remote management with the built in features of Windows Phone 8.1.  The Enterprise Feature Pack provides simplified enrollment, a more substantial control set, and allows for the private distribution of apps using a MDM system, ideally Microsoft's Enterprise Mobility Suite.  Another important business feature is the security-enhanced access to company resources which includes enterprise Wi-Fi and the ability to deliver VPN profiles to devices and manage third-party VPN software.  There is the ability to join a Windows Phone 8.1 device to an active directory domain using a version of the Workplace join feature built into the new phone OS.  Last but not least is the ability to send and receive security-enhanced email.  Windows phone now supports sending and receiving S/MIME signed and encrypted email as well as the use of Windows Phone to read email protected with Information Rights Management (IRM).  This enterprise class toolset makes Windows Phone 8.1 a serious contender for users wanting to migrate from the Blackberry platform but not wanting to give up Blackberry’s strong security feature set.

There are several other cool, fun, and useful features in Windows Phone 8.1 and, with the release date of June 24, 2014, the excitement will continue to build over the next few weeks..  Check back next week for my third and final “pre release” Windows Phone 8.1 blog and please share your favorite features if you’re a fellow early adopter. 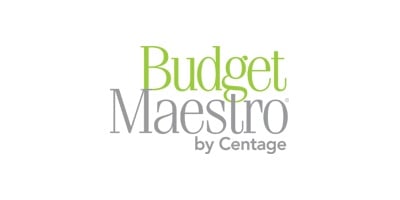