Zetadocs Express Zero-Client Install Option: One Add-In For All

Share
It’s becoming less desirable to install any client side software and ease of deployment is becoming a key factor when choosing software. Modern software needs hybrid options and using deployment methods like ClickOnce, it looks likely to remain that way - for a while longer at least 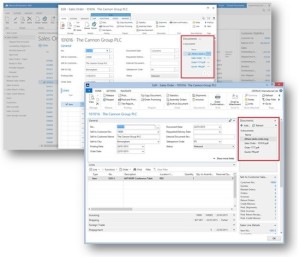 One of the main benefits of Zetadocs Express is the ability to drag and drop related documents which are stored in the electronic archive for viewing in context within Microsoft Dynamics NAV. However, drag and drop to capture is very much a Windows invention for enhanced usability.

Consequently touch and choose was born as the way to add documents in the Microsoft Dynamics NAV Web client, which works just as well irrespective of the device you happen to be using.

If PC-based users using the Microsoft Dynamics NAV Windows client want the ability to capture emails using drag and drop from Outlook they can with an additional client-side install.

The Zetadocs Document FactBox detects whether the Zetadocs Client is installed locally on the desktop, and if so it automatically shows the additional drag and drop functionality and Outlook email integration.

Both add-ins happily coexist in the same Microsoft Dynamics NAV system - you just need to decide if the additional functionality is needed by the client and install Zetadocs Client on those desktops that need it. 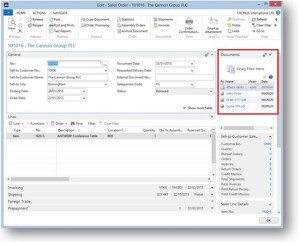