Getting Started With the Automated Data Capture System for Dynamics NAV

Automated Data Capture System is a Dynamics NAV granule that allows employees in a warehouse to record various warehouse activities in Dynamics NAV 2013 using a rugged portable handheld device.  One such activity is recording that you picked a certain quantity of a certain item from a certain bin location for a particular sales order. 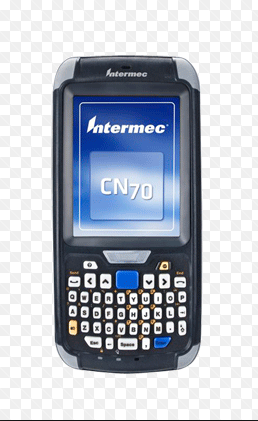 How does the Automated Data Capture System work?

The following diagram shows the software and hardware that must be installed to enable handheld devices to connect to a Dynamics NAV database. 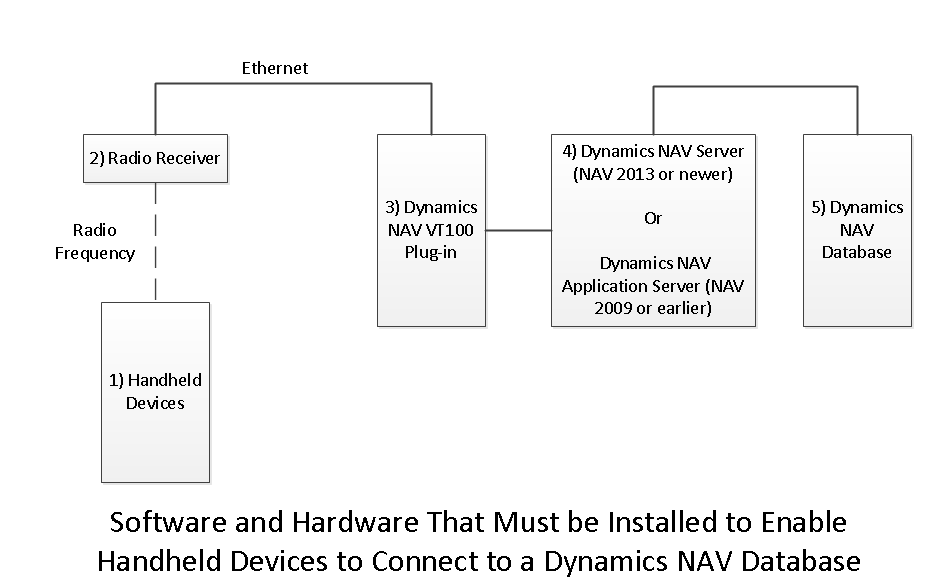 Typically, a Dynamics NAV reseller will install and configure components 3, 4 and 5: the VT100 Plugin, the NAV Server or NAV Application Server, and the NAV Database. These three components are included in the NAV installation media and the instructions for completing the installation are included in the Developer and IT Pro Help system that is available from the NAV 2015 development environment.

Here is a screen shot showing some of the useful articles in these help files that are related to configuring the Automated Data Capture System. 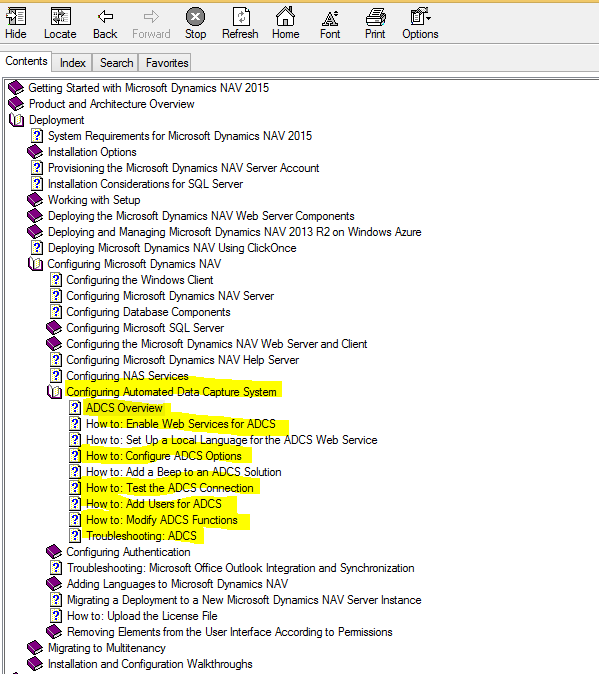 A separate hardware vendor will usually handle setting up the first two components – the handheld devices and the radio receiver. I will not address this part of the setup further in this blog.

If you are running NAV 2013 or newer you will have the fourth component, the NAV Server installed. There is just one extra step, publishing the “ADCS WS” code unit for web services, which is needed to enable the NAV server for Automated Data Capture System.

The Dynamics NAV VT100 Plugin acts as a virtual Telnet server. This means that users can connect to it using Telnet from a remote computer or handheld device. Because the Dynamics NAV VT100 Plugin is implemented in Windows as a service, it runs in the background on the host server. As such, it is always listening for messages from remote computers and handheld devices even when no one is logged on to the server.

Prior to NAV 2013, the Dynamics NAV VT100 plugin would send and receive XML messages to a NAV Application Server using one of three different communication methods: message queues, sockets, or encrypted sockets.

Now that we have this background, I will go through an example describing how the software and hardware components work together to enable handheld users to record warehouse activities in Dynamics NAV. This is an elementary example of sending the username from the handheld to the Dynamics NAV database after the handheld device is first turned on.

Picture this: it’s the end of the long day. You’ve moved tons of products and delivered them to many ...

Whether you follow the New York Times, The Wall Street Journal, or other leading news outlets, talk of a ...